Yes, I love running. But sometimes it’s just so hard. It’s bad enough on some days… and it gets worse on others (especially weekends) not because of you, but because.. well…. of OTHER IRRITATING PEOPLE. Such as…

Ever tried running and having to slow down because of people who take up the entire lane so they can chat?

People who take selfies. While running. In the middle of the lanes

I have no issue with runners who take selfies at the beginning or at the end of a race. Hell.. I don’t even have issues with people stopping in the middle of a race to take photographs or do their Foursquare check-ins at the various stop points.

But could you please move to the side of the road to do so? At least this woman did. Or she appeared to have done so.

There is this magical thing invented called deodorant. I think race organisers should make it compulsory for runners to put some on before a race. 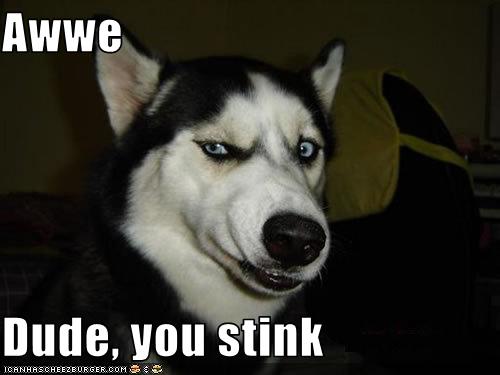 I don’t expect anyone to smell of roses and musk but try running behind someone with bad breath/ body odour while the lactic acid sets in and your own breaths start burning in your lungs and you will know what I mean. How to take in deep breaths without gagging? You try. Then show me.

You. The one watching the latest Korean drama on your cellphone or phablet getting off the bus and not paying attention to other people running/ walking near you. Yes, you. Get your nose out of your device!

There is this wonderful contraption called earphones – as much as I appreciate David Guetta I really don’t fancy having music blasting from your phone as we pass each other by. Video coming right up. 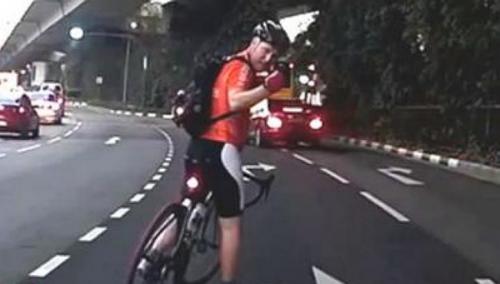 Dude in No.6. On pedestrian paths. I had come across a nasty amoeba (YOU SO DON’T DESERVE TO BE CALLED HUMAN) who screamed at people walking during a … Walking event. In East Coast Park because it was whizzing by.

These are more common than you think. Just who are they? Ever had a flying missile hit your foot while you are running past the water stations at the various runs? These are the sort of people who will hydrate and just hurl their (sometimes not so empty) cups or worse, bottles, without aiming for the bins, or checking if there is someone behind them.

Was at the Terry Fox Run earlier this year where this guy drank HALF of his water (in those mineral water bottles, mind you), and he just nonchalantly threw his bottle in the general direction of the bin (which was not full, by the way). Said bottle ricocheted and almost hit me.

I was this close to picking up the bottle to throw it back at him. I would have been somewhat more understanding had it been a half marathon or more race – it was just three km into the run – he couldn’t claim to be that tired!

These are the people who suddenly decide to stop in their tracks while running – and right smack in the middle of lanes, no less. I don’t know how many of these I have almost careened into. Lord forbid if they ride a bike or worse, drive!

That said, I think in general runners are by and large very decent folks – was blessed to meet a few angels the past few months and am loving it so far.

So despite all the above, what’s stopping YOU from running?

One thought on “Irritants”

This site uses Akismet to reduce spam. Learn how your comment data is processed.

Made the world’s second ugliest pineapple tarts. Didn’t capture pic of the first as it was years ago. Really wanted to and want to have a nice taste of home this CNY. Quite weird as I don’t really like sweets. Used to love bak Kwa also but meh. Tired #cny #cny2020
Bit muddy today... training for the spartan trifecta officially starts today! Did I mention I loathe running? #spartanrace #trifectatribe #runforfood
The start of a juicy steak sandwich
More than just a birthday celebration #family #balloons #love